Big Pictures Los Angeles is pleased to announce  The End of Pictures, an exhibition of hand-colored photography by Steve Gladstone, dating from 1972-1997. An opening reception will be held on June 27th from 5:00pm until 9:00pm.

Steve Gladstone (1955-2011) is one of the most intriguing photographers of his generation. He was a fixture throughout Santa Cruz and the San Francisco Bay Area from 1973 to 1989. Known for his passion to freeze time, he developed a Gonzo style which helped him capture emotional moments from everyday life and shoot some of the most famous musicians of the day, including: B.B. King, John Lennon, Bob Marley and The Rolling Stones. Inspired by Hunter S. Thompson and Diane Arbus, he traveled the world and shot iconic events in history such as, The Last Waltz, Burning Man, the Rainbow Gathering, the Psychedelics Colloquium, and the 1976 Republican National Convention. Gladstone died in 2011, at the age of 56, but left behind his stories.

Gladstone never owned a digital camera; to him they marked the death of photography. “The End of Pictures” is the phrase he repeatedly scribed on a collection of his favorite photographs. These images were often hand-colored with markers, scrawled on with stories, and redacted with sharpies, transforming them into narrative paintings. Through these images, he explains and relives the journey of capturing the photo, while simultaneously creating a captivating visual language of color and mark-making. It’s at once a statement about the lost art of photography, and a window into three decades of life, synthesized into a poetic epilogue.

Prior to Gladstone’s passing he recorded this TV Pilot, revealing his personality and artistic process. 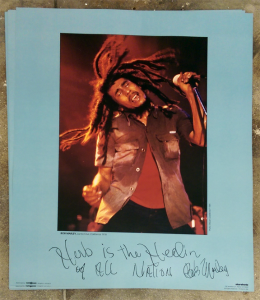 In 1978 Steve Gladstone shot this photo of Bob Marley in Santa Cruz, CA. In 1981, Steve traveled to Jamaica for the Sound Splash Reggae Festival. There Steve met Bob Marley, Rita, and the family; and made an agreement with Bob to share this image in poster form and have it released officially released through Tuff Gong. The poster was to have two versions each with distinct phrases Bob Marley wrote down for Steve. Marley signed one, “Herb is the Healing of All Nations” and the other  “One Heart”. However after Marley’s Passing in 1981 the project was shelved due to chaos at Tuff Gong. Only 2,500 were printed prior to this, but not released till now. 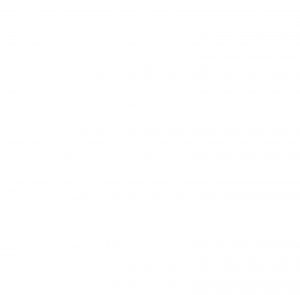